Robocalls are at an all time high, according to a recent report by the Patch.  There were 3.36 billion robocalls in April of 2018 in the United States, accounting to 10.4 robo calls per person. Aside from annoying, the data shows that it’s getting even more annoying – April 2018 had 34% more calls than April of 2017. 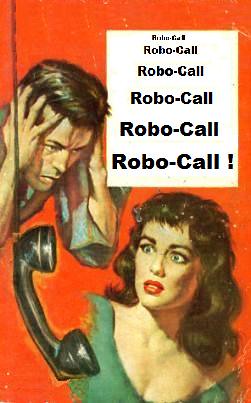 You can block phone numbers you’ve identified as spam pretty easily on your cell phone, but it’s very easy for spammers to get new phone numbers and keep trying.

The US Congress held a hearing on robocallers in 2013 and published their findings here.

Have you installed a call blocker filter on your cell phone? Call block filters will allow you to block specific phone numbers and enter the phone number into a shared database so everyone benefits when one phone number is identified as spam. When an identified number calls you, the call will go straight to voice mail. Here are a few:

What do you do to stop these annoying robocalls?