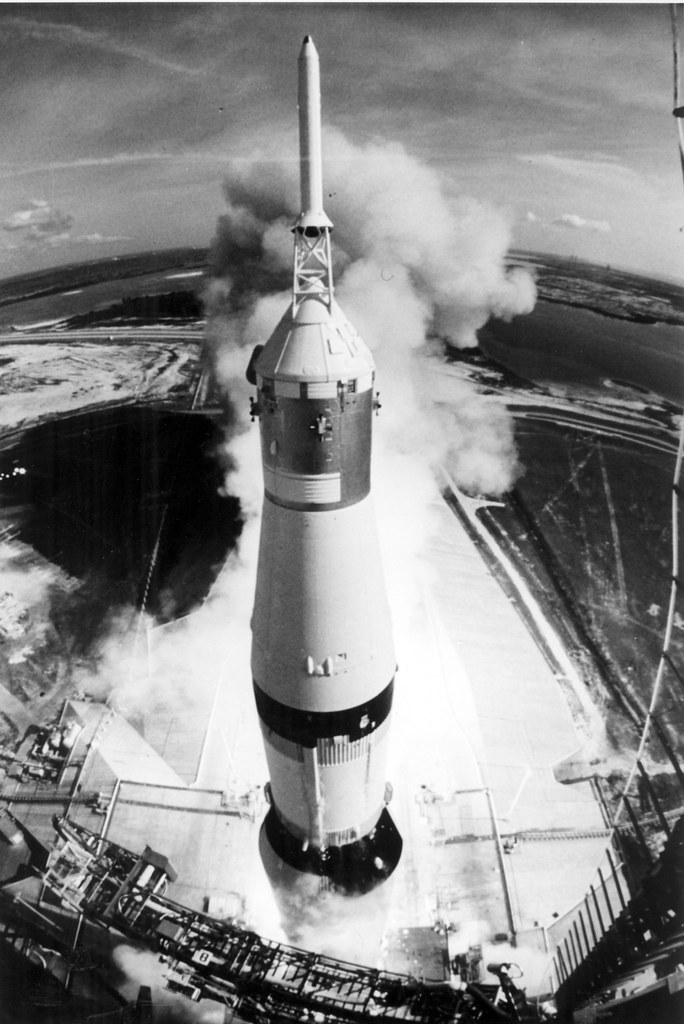 I was only 4, but my parents insisted that I watchthe giant lumbering Saturn V launch surprisingly gracefully into the sky. I didn’t understand why this was important.  I just knew something big was happening.

To kids today, moon landings are dull. They happened in the past – when TVs were black and white and no internet existed that we knew of. But my parents’s excitement was contagious. They thought what we were watching was incredible – actually unbelievable – even though they had heard President Kennedy six years earlier promise it.

It may have been one small step for Neil Armstrong, but to the world, it was indeed a giant leap. A leap where science could propel us into the future. A leap where we don’t rest on our laurels but instead continuously strive for better and more. A leap where the entire world is transfixed by one image. And now, we imply that science has achieved the unimaginable, so surely the mundane must follow by routinely saying “If we can put a man on the moon, why can’t we….”

The moon landing is often credited with ending the Cold War. Forty-nine years later, I wonder if the Cold War ever actually ended.